Hedera mainnet status: We're online, and have been

by Hedera Team
Hedera is the most used, sustainable, enterprise-grade public network for the decentralized economy.

We received feedback from the Hedera community over the past 24 hours regarding articles and Tweets indicating council member nodes going offline, with one article citing a complete network outage. While some publications reached out to us to check the veracity of these false claims, others published reports based on an unsubstantiated tweet from an anonymous account, which included false information.

We’re upset by these false claims, because it does not represent the truth about Hedera’s network status, governing council members, or the underlying Hedera hashgraph technology. Our request of these outlets is to review the facts and report the truth.

The Hedera mainnet is (and has been) online and fully operational at 12 nodes, processing approximately 3-4 transactions per second into consensus. The network is sustaining ~300,000 transactions per day (driven by applications running on the network). No governing council members have expressed interest in exiting their ownership — you can find both the LLC agreement in full and approved meeting minutes from the past 4 council meetings at https://www.hedera.com/council/.

Of the thirteen nodes launched at Open Access (OA) on September 16th, twelve have had full availability for months, sans once-a-month scheduled maintenance lasting under two hours each and a single unplanned network outage on October 9th, 2019 that the team diligently reported and fixed. 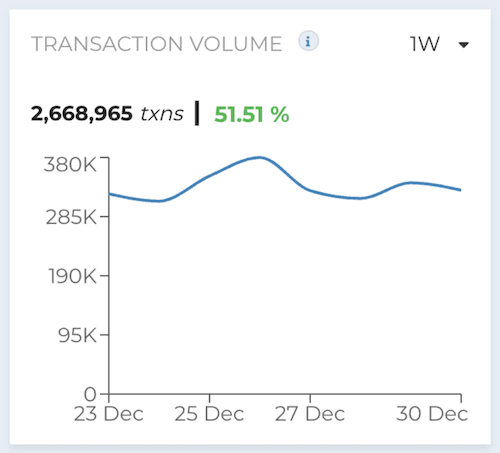 We believe the initial confusion around network node availability might have stemmed from how one Hedera explorer, DragonGlass (https://app.dragonglass.me), has been reporting transaction activity.

DragonGlass measures activity for nodes based on how many transactions are submitted to each node by clients and forwarded for consensus. If a node receives zero transactions from clients, their activity will show zero, but that node can still be actively participating in consensus. It shows some of the nodes having very low or zero activity, which might give the impression that those nodes are offline, even if they aren’t.

Found below is a screenshot from Dragonglass.me showing TXNS for the network nodes for the last month. Note that a clarification on the interpretation of TXNS has been added recently by the DragonGlass team, at the bottom of the page. 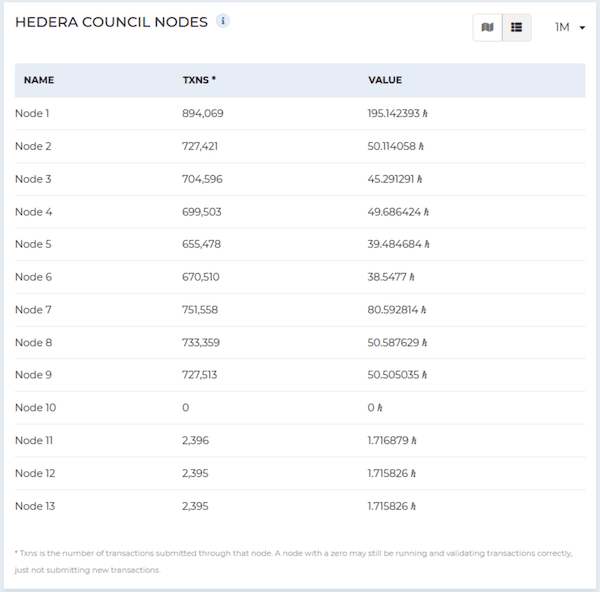 The three nodes (#11, #12 & #13) on DragonGlass.me that display very low transaction activity have never had their IP addresses listed in our wallet software or developer SDKs. These nodes have little transaction activity because only very few clients are sending them transactions for submission. On most days they have zero transactions. But more critically, these nodes are still online and correctly validating network transactions, reaching consensus on them, and processing them into state. They have been running correctly for months, without going down or dropping off the network.

The fourth node (#10) is the only node that is currently offline and neither accepting transactions nor contributing to consensus. A configuration error occurred on Node 10 during a planned upgrade on November 21st, 2019. The node was unable to be brought back online at that time, and during another maintenance window, as we described at the time on the status page. We are planning to bring this node back online during the next scheduled maintenance window.

Beyond the status of Hedera’s network

Hedera remains committed to complete transparency with members of its community, and the distributed ledger community at large. We’ll continue to diligently report network status, governing council decisions, hbar coin economics, our technology roadmap, and more into the new year and beyond.

If you haven’t read the 2019 message from the founders, please do so. We’re looking forward to an exciting 2020, with the following notable events and more to come: