NFTs: What, Where, and Why? 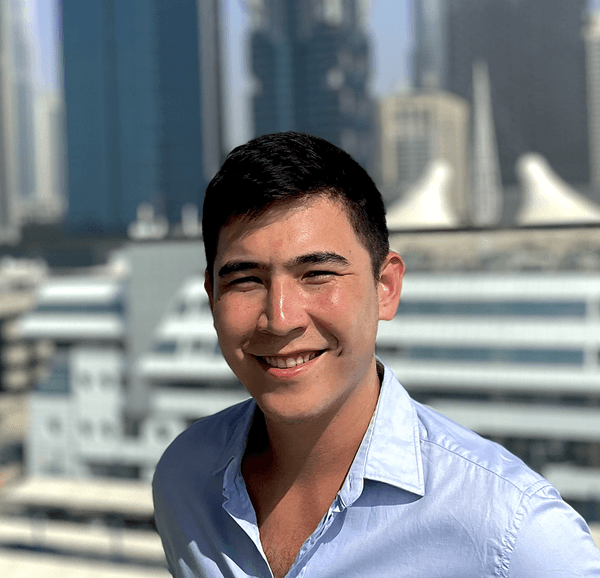 If you’re talking crypto, chances are you’re talking NFTs. Non-fungible tokens have overwhelmingly been the hot topic in crypto over the past year; NFT art sales generated more than $40bn last year and $37bn to date as of May 1st, 2022. But what exactly is an NFT? Are they just JPEGs and GIFs… playthings of the wealthy and crypto-elite?

First, it’s essential to understand the concept of fungibility and what it means. Fungibility is the ability of an asset to be interchanged with other assets of the same type. At a basic level, it refers to the sameness of individual components within a larger collective. If I gave a dollar to Alice, and Bob gave me a dollar, both Alice and I can use our individual dollars in the same way — they hold the same purchasing power and the same utility. The dollar bills are indistinguishable from one another, showcasing the fungible nature of cash.

On the other hand, let’s look at the example of plane tickets. Alice and Bob book a flight, select Seats 1A & 1B, and print their tickets. Those tickets are serialized, containing Alice and Bob’s full names and their seat numbers. They are singularly unique components within the collective set of all other possible tickets that might be booked on that flight; Alice’s ticket will not be treated the same as Bob’s, and vice versa. This highlights the non-fungible nature of the tickets. For a more detailed and in-depth explanation of fungibility and non-fungibility, check out this article.

Tokens on distributed ledgers act in much the same manner as cash. If I give one token to Alice, and Bob sends me one token, my received token can be used in the same way and is treated by the network as exactly the same token that I sent.

NFTs are a special, non-fungible type of token with uniqueness built in. There cannot exist another like it; it is one-of-a-kind and immutable.

Art is one of the most ancient and basest forms of human expression, and with the ease and accessibility of decentralized NFT marketplaces like Zuse Market and HashAxis, it’s no surprise that it would be the first explosive use case for NFTs. This has been the first time in history that art can be created and showcased on the web with codified uniqueness built in. 1s and 0s can always be copied, but an NFT is secure, publicly verifiable, and forever unique.

However, as I mentioned before, art is only the first explosive use case for NFTs. The technology underpinning NFTs is set to disrupt a broad range of billion-dollar industries. Let’s take a look at a few:

Streaming giants like Spotify and Apple Music have for the better part of a decade dominated the music industry, offering intuitive, accessible interfaces for anyone looking to listen to music. They disrupted an industry that until relatively recently believed there was no money to be made from streaming, depending on album sales and live concerts for their revenue. However, this disruption did little to challenge the lack of control creators have over their music and subsequent revenue streams.

With programmable NFTs integrated into music, creative control can be given back to the creators. Set your per stream rate to whatever you think is fair, automate royalty fees to those who sample or remix your song, offer discounts or rewards to loyal fans, and much more. SIKI, a Web3 streaming platform built on Hedera is utilizing NFTs for just those reasons. By integrating NFTs and smart contract technology, SIKI gives artists the ability to monetize and control their music in ways that were impossible before. Tune.fm is another such decentralized music marketplace built on Hedera aiming to return control to artists, integrating NFT technology and offering artists 90% of the revenue generated on their platform.

Gaming is a monstrously large entertainment industry, eclipsing the revenue of both movies and music combined. However, until recently, in-game assets have existed only within the scope of the game they pertained to, and those assets had no true custodial value to the player. With the advent of tradable skins and items in games like Counter-Strike and Roblox, we finally witnessed the pent up demand from players for custodial freedom of assets.

With NFT technology, true custodial value to players can finally be achieved for in-game assets, offering freedom of utility, verifiable scarcity, interoperability, and more. Rare skins could be used across different games in the same ecosystem, unique items could be traded or loaned out, characters could exist beyond their respective stories; the possibilities are numerous, and we’re going to see some incredible innovations as NFTs continue to work their way into the video game industry.

The ability to trade, earn from, and have control over your in-game assets will be a staple feature of games in the coming decade, and NFTs will play a fundamental role in enabling that. Ubisoft, one of Hedera’s Governing Council members and one of the largest video game companies in the world, has stated its continued intention to integrate NFTs into its blockbuster titles going forward, offering its player base the opportunity to truly own in-game assets and collectibles.

I want to see a world where the characters and stories that I love don’t end after I finish the game. That’s been a dream of mine for several decades. The biggest hurdle to overcome has been that there hasn’t been a meaningful way to connect different entertainment worlds together in the right way.

Sound familiar? By utilizing the Hedera network and NFT technology, that dream is finally becoming a reality.

The digital coupon industry is currently worth over $4bn, and with the acceleration of global digitization, that is expected to rise to $30bn over the next 10 years*. Coupons and gift cards are a fantastic way for retailers to promote their business, but they are unfortunately not entirely secure, with coupon fraud costing retailers over $100m per year. The process of creating, tracking, and redeeming coupons is extensive and involves many intermediaries vulnerable to attack by malicious actors.

By integrating distributed ledgers and NFTs into this process, those central points of attack vanish, and retailers can be verifiably certain at any point in time which coupons are valid and how many have yet to be redeemed. The Coupon Bureau - the leading coupon standards non-profit institution governed by the largest retailer coupon associations globally - is utilizing the Hedera network and in the future, NFTs, to implement the new 8112 coupon standard which will provide real time data to retailers and issuers.

Debunking the Legacy Myths of NFTs

As with almost every emerging technology, there are detractors and naysayers who bring focus to the drawbacks and not to the massive potential it can bring. There are legitimate arguments against NFTs and their usage, but let’s examine some of the FUD (Fear, Uncertainty, and Doubt):

NFTs are bad for the environment

Distributed ledgers, like most everything else in the modern, digital world, require energy in the form of electricity. Some ledgers need enormous amounts of energy to run - even more so to mint NFTs - others not so much. However, not every ledger is created equal, and therefore the environmental impact of NFTs cannot be viewed through a single lens.

The vast majority of NFT activity occurs on the energy intensive proof-of-work Ethereum network. A single NFT minting on Ethereum costs 142 kWh, which is the approximate equivalent of leaving a high-end blender on for almost six days. The average energy requirement for minting an NFT on Hedera is 0.00004kWh, the equivalent of leaving that same blender on for less than a second.

There is no denying that, for the vast majority of networks, minting an NFT collection is a costly process. Just recently, one Ethereum user paid $44,000 in gas fees to mint a Bored Ape spin-off collection**. Furthermore, the minting process very often congests the network, bringing up fees for everyone else during the process as the network struggles to distribute the load, and increasing the chance of failed transactions where a fee is paid yet nothing is executed.

Those kinds of environments are not conducive to inclusive engagement - we don’t do that here. Minting a 10,000 piece NFT collection on Hedera costs just $76.80, regardless of any market or price volatility. With Hedera’s low, predictable fee structure, we can ensure that the NFT space is not only for the crypto-elite, but for everyone who wants to participate.

Getting Started with NFTs on Hedera

When digital immutability first became a reality in 2009 with the introduction of blockchain technology and Bitcoin, it was only a matter of time before that immutability extended beyond simple transactional utility. As the world becomes increasingly digitized - with more people spending time online every year and the metaverse still emerging - the line of what is considered real and tangible and what is not will become blurred. Our digital personas will rely on digital ownership and tangibility in the same way that our physical personas rely on physical ownership and tangibility - NFTs are the technological breakthrough enabling this slow but certain shift in the modern Web3-connected world.

Our NFT community is the fastest growing in the world, and always looking for more creators and collectors. If you’d like to learn more about how you can get started with NFTs, click here to begin your NFT journey on the fastest, cheapest, and most secure public ledger in the world: Hedera.